What is the New Relic changelog?

The changelog is our live stream changelog on Twitch that lets you:

Join us live every Thursday!

Can’t make it? We’ll miss you, but checkout our playlist on YouTube.

Enter your email address to get notified before our next episode of the Nerdlog and information about our previous ones. 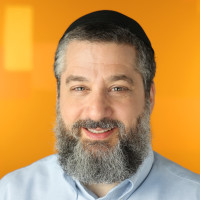 Leon Adato is a Developer Relations Advocate at New Relic, and has held multiple industry certifications over his 33 years in IT including Cisco, Microsoft, A+, and more. His experience spans financial, healthcare, food and beverage, and other industries.

Before coming to New Relic, he was a speaker and blogger in the monitoring and observability space for almost a decade. His expertise in IT began in 1989 and has led him through roles in classroom training, desktop support, server support, and software distribution.

Aaron Bassett is a recovering senior software engineer turned Senior Developer Advocate with MongoDB. He is a developer, public speaker, writer, and mentor; he spends most of his time making cool stuff and helping other people make unbelievably cool stuff 🔥🦄✨🚀

Daniel Kim (He/Him) is a Senior Developer Relations Engineer at New Relic and the founder of Bit Project, a 501(c)(3) nonprofit dedicated make tech accessible to underserved communities. He wants to inspire generations of students in tech to be the best they can be through inclusive, accessible developer education. He is passionate about diversity & inclusion in tech, good food, and dad jokes.

Danny is a Developer Relations Engineer at New Relic. He graduated film/theatre school from the University of Colorado Denver in 2014. He then went on to contribute in local productions and was awarded for his work alongside the Black Actors Guild - a Denver-based education and production company. After becoming a 2019 Comedy Work’s New Faces semi-finalist he decided to enroll into the Turing School of Software and Design where he learned backend software development.

Kirk has been working in software and systems for almost 30 years, starting in 1992 with AIX RS/6000 and Linux systems. Despite years of experience on the devops side of the aisle, he is a software engineer at heart, a long time member of the Ruby community, a short time member of the Crystal community, and a strong believer in mentorship and in sharing knowledge. He works for New Relic as a Principal Developer Advocate these days, and is always looking for new things to learn and new ways to help others to succeed.

Lauren is a Sr. Developer Relations Engineer at New Relic. She is an English teacher turned empathetic software engineer. A curious optimist with a passion for creating accessible content, celebrating unique journeys to tech, and helping developers level up their skills. Lauren is the host of the We Belong Here podcast, which aims to interview career changers and folks that are diversifying the tech industry.