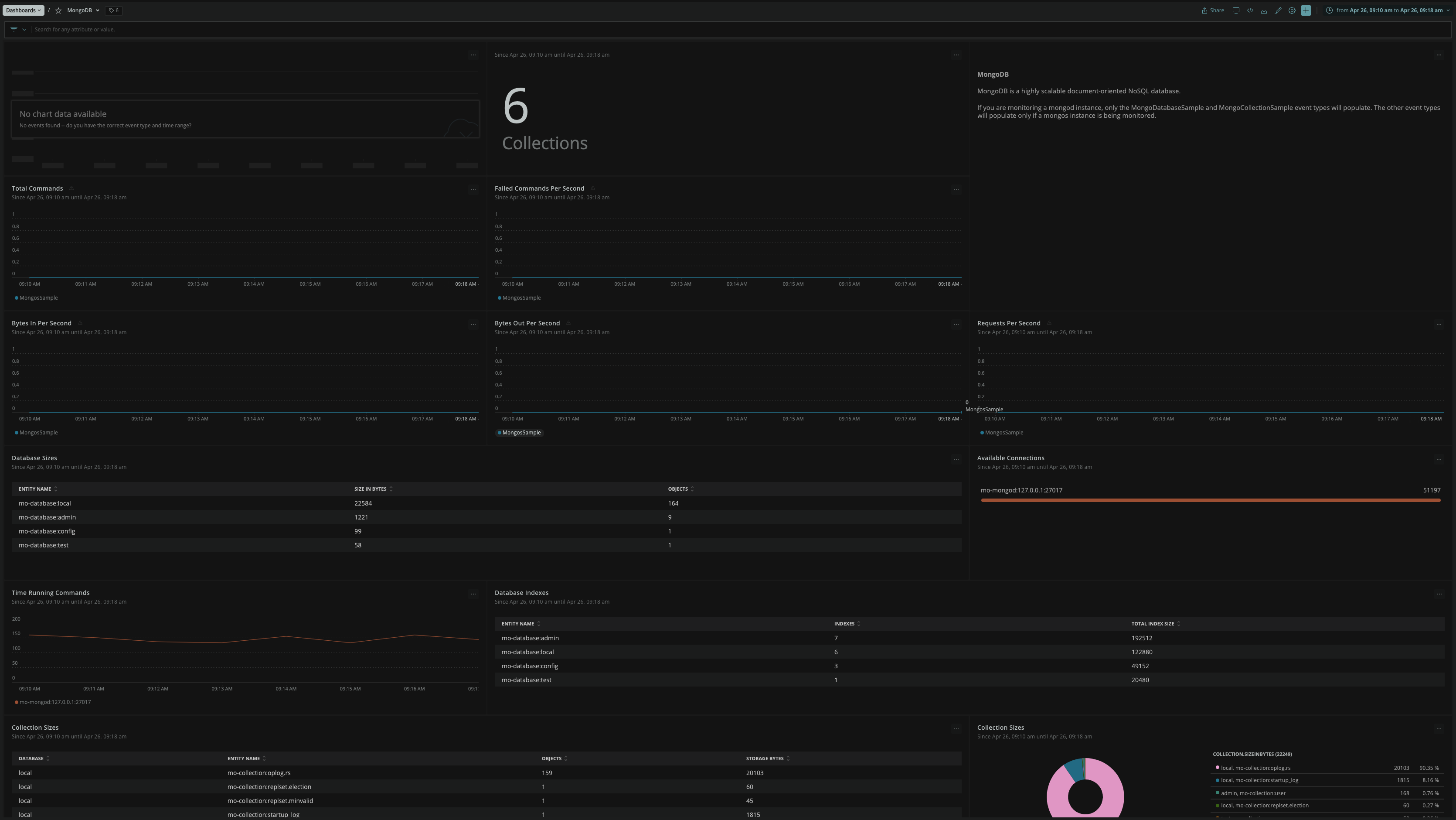 Monitor MongoDB with New Relic to quickly gain improved distribution and increased visibility into real-time user and app response times, throughput and breakdown by component and layer, and long-term data trends over time.

New Relic’s instant observability quickstart helps developers reduce administrative overheads and accelerate time to value. As New Relic is SaaS-based, you also don’t have to worry about maintenance or onboarding.

This quickstart doesn't include any alerts. Do you think it should?
You can edit this quickstart to add helpful components. View the repository and open a pull request.

View repo
MongoDB observability quickstart contains 1 data source. This is how you'll get your data into New Relic.

How to use this quickstart

Need help? Visit our Support Center or check out our community forum, the Explorers Hub.